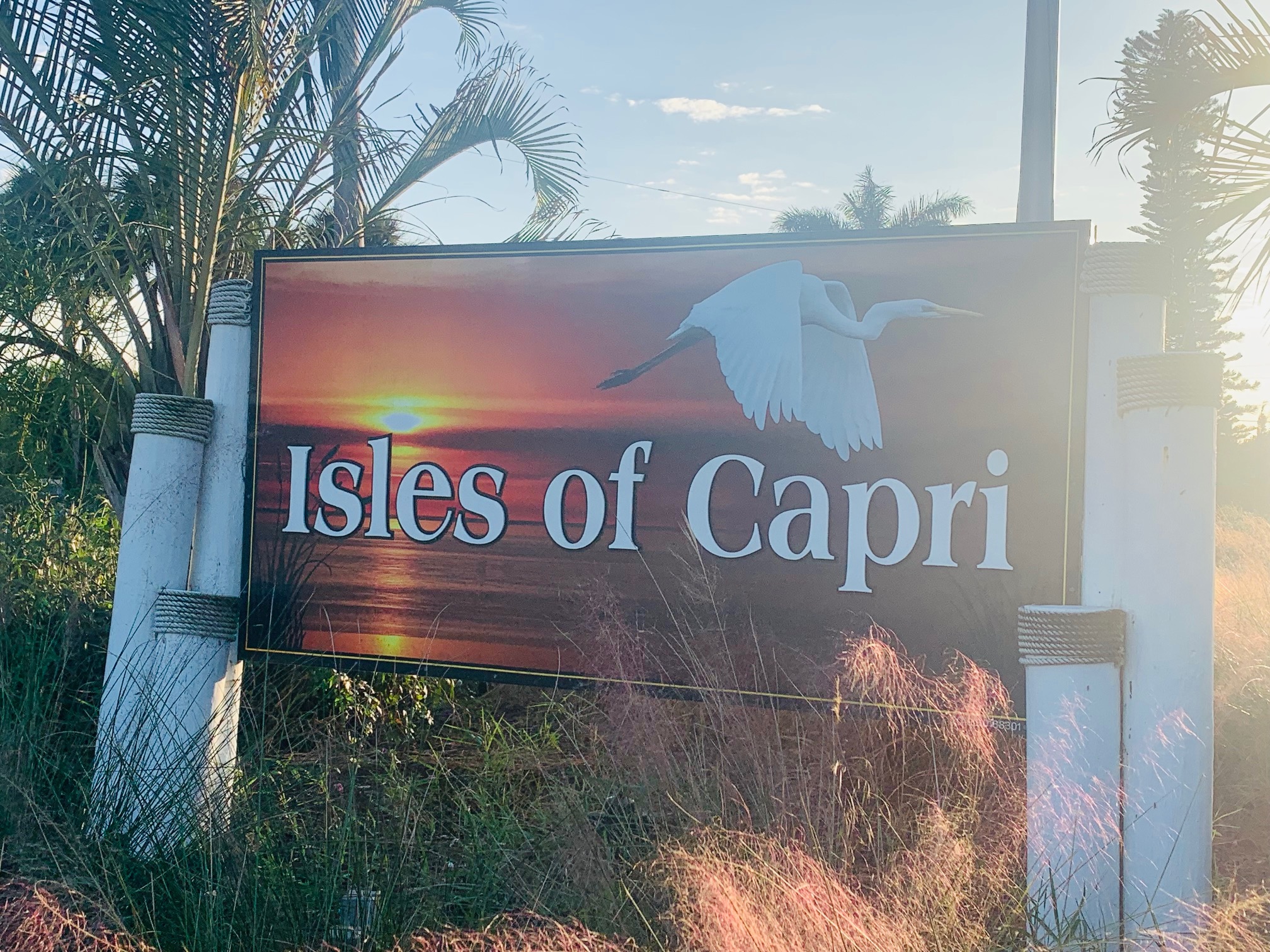 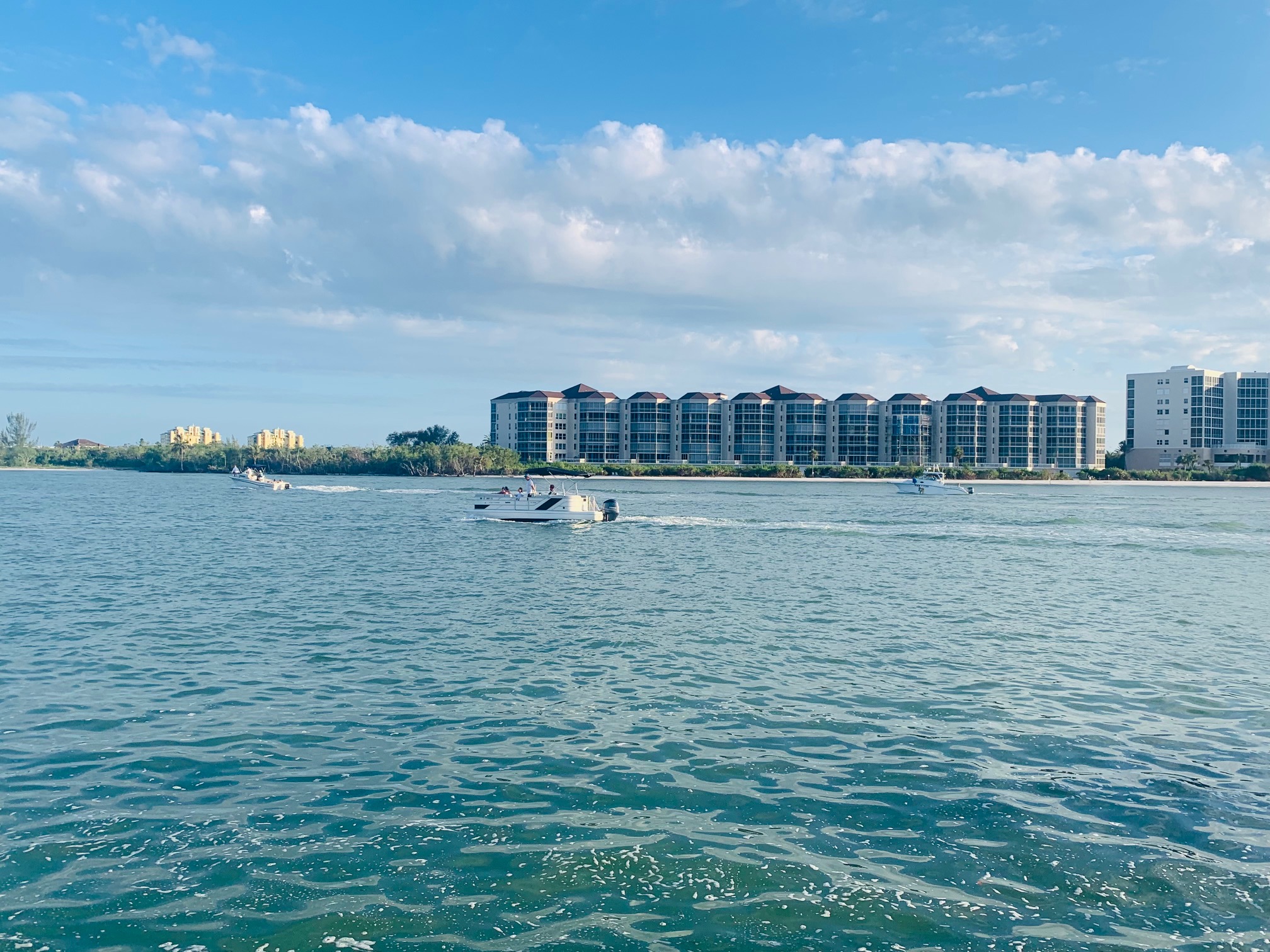 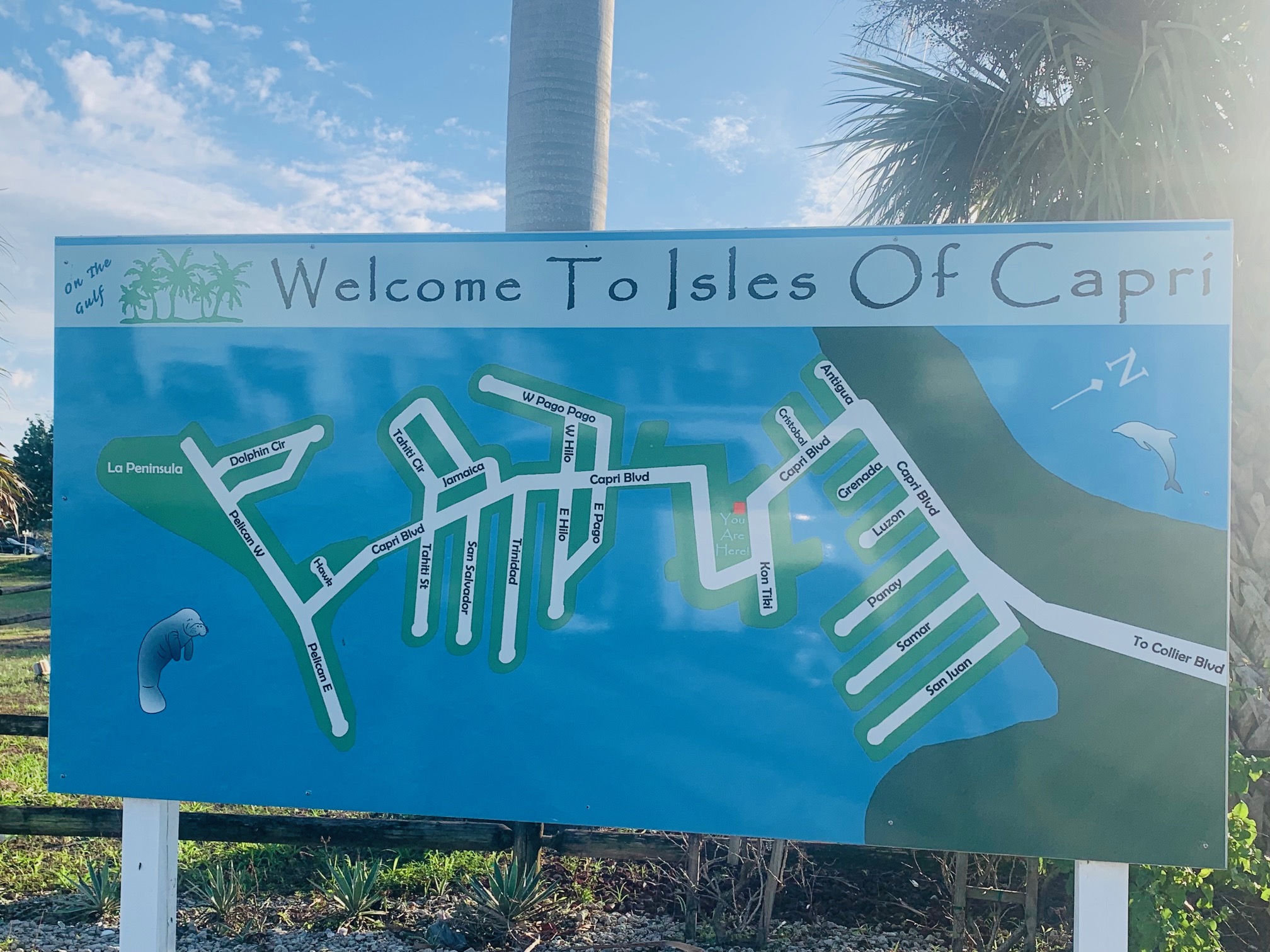 Part of Collier County, Isles of Capri is an island community developed in the 1950's which consists of 4 separate mangrove islands the were dredged and connected to from what we see today. A fishing community enjoyed by boaters as well, it offers a quick outlet to the Gulf of Mexico without any major bridges or long canals that can be time consuming to deal with. Both types of residents make up the population mix here comprised of seasonal and vacation renters. Several businesses here include, restaurants, offices, and marinas. Locales call it the commercial island. Isles of Capri is located south of Naples and just above Marco Island. However, to access it, there is no connection via car from Marco Island. Bottlenose Dolphins and Manatees flourish here in the appealing shallow bay waters. Located just two miles north of Marco Island the Isles of Capri consists of both luxury waterfront homes and beautiful ocean view condos.

Private boat dock living is a lifestyle available here as it some of the most underrated dining anyone could ever ask for. Marco Prime Steak & Seafood Restaurant, Marek's Restaurant, and Verdi's American Bistro are three fabulous options to consider. Some boat docs come covered and accessing the Marco River and Gulf is a breeze. The charming waterfront homes on Tarpon Bay once used to be priced under a million. New listings today are priced much higher than that and not only come with upgraded boat docks and lifts but also private luxury swimming pools. Marlin Bay is also another protected location on Isles of Capri that owners love to call their little secret. Overall, it is getting much harder to find waterfront access homes to the Gulf in the low one million dollar price range. If you are ok with being away from downtown Naples approximately 30 minutes than why not achieve this waterfront living dream most will never have.

On Trinidad Street there are still some potential listings for less than $1,000,000 which sit directly on the water. Some many require some work and updating but what a fantastic opportunity to live the Florida ocean life. On the Isles of Capri there will usually be just under 10 or so listings for single family homes available to choose from and less than 5 condo options. The condos can range anywhere from the low $200,000's to $800,000 easily. It is still considered a well kept secret by some who swear they would not live anywhere else. Isles of Capri is part of a state protected aquatic preserve. Osprey can be found mating every year and Dolphins playing underneath the beautiful evening sunsets is plenty. La Peninsula on the Isles of Capri is a must see gated development with huge large glass windows overlooking only the best blue ocean water scenes which are simply surreal. Some wonder if this place is a a set for a screen saver photo shoot. 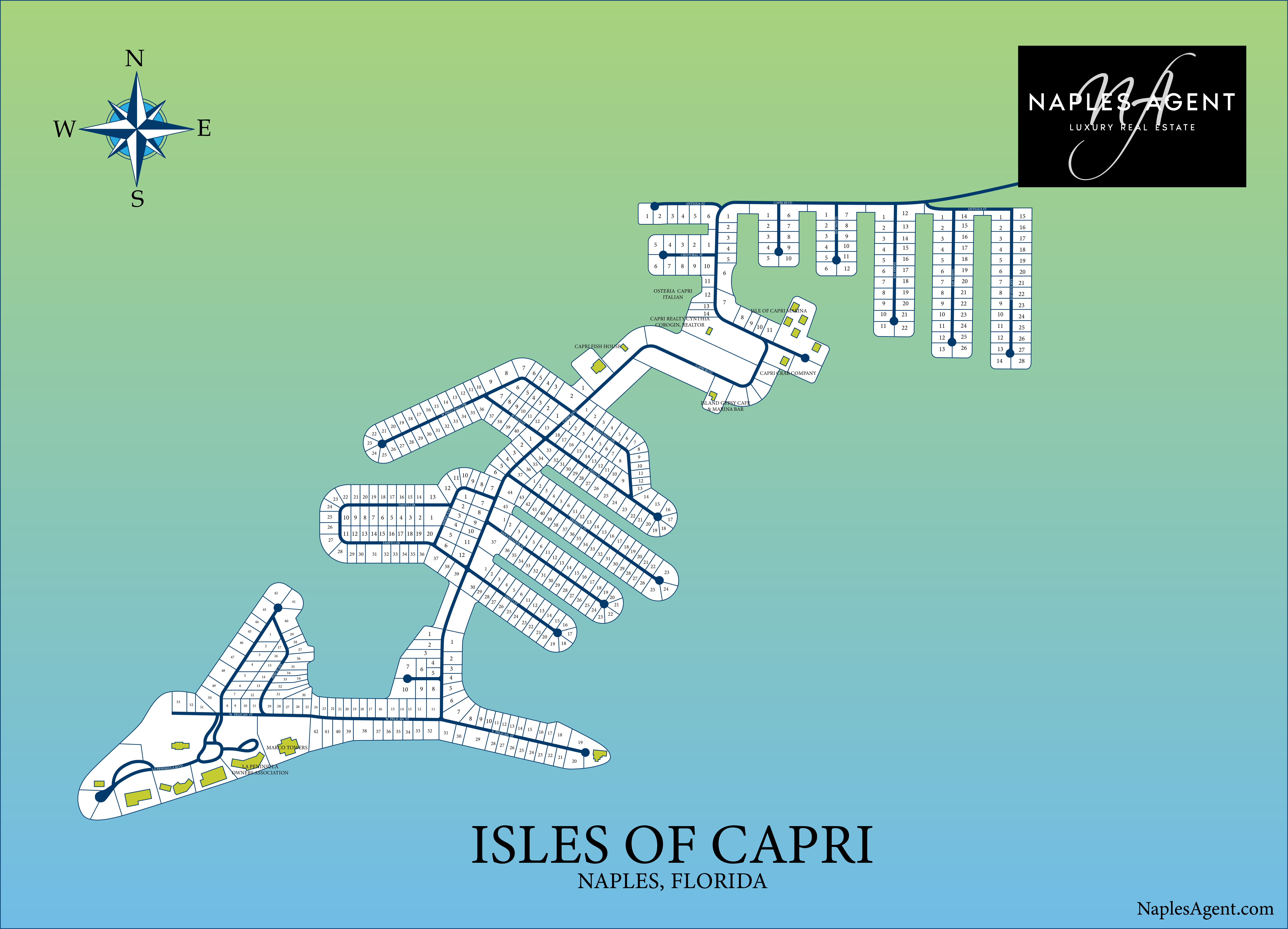 Welcome to Isles of Capri! This beautifully appointed residence is located in the gated enclave of La Peninsula overlooking the Marco River and boasts incredible sweeping...

Take a look at this permitted duplex located in the hidden waterfront community of Isles of Capri. Perfect for the investor or occupy one side and offset your cost by ren...

You will know this is your new home when you see these views from the most western point of Isles of Capri! This 6th floor home gives you panoramic views of the water whe...

You'll enjoy extraordinary Marco River views out to the Gulf of Mexico from this southern exposure parcel with 75' right on the river at beautiful Isles of Capri! Excelle...

This gem of a home is situated on 2 waterfront lots with incredible wide open views of Johnson Bay and 109' of waterfrontage - a rare find for Isles of Capri. Enjoy the ...

Welcome to Paradise! This lovely condo is located on the tip of Isles of Capri, in the beautiful La Peninsula. Rarely available, this top floor, Cote d'Azur floor plan ha...

This is the one you're looking for! Riverfront! Big view! Southern exposure! Custom 4233 sq ft 3 level home lives with everyday sun & sea, captivating panoramic views of ...

Bayfront house with pool on the Isles of Capri. Home had 2' of water inside it during Hurricane Ian. All damaged/wet drywall etc.. have been removed and the home is ready...

H5878 This Key West meets Nantucket custom designed home embodies character, charm & luxury living on a scale like no other on Isles of Capri. The spacious & multi-level ...